7inch HDMI Display-C has a resolution of 1024×600. It can connect directly to a Raspberry Pi as well as to any other HDMI source that supports the native 1024 x 600 resolution, via the built-in HDMI port. It also includes a capacitive touch interface.

This 7inch HDMI Display-C is designed to connect directly to the top of a Raspberry Pi, with a small HDMI double plug that locks the two together, but it can be used as a standalone display powered via the micro USB socket on the device. A back-light with switch is included. Now you can add a compact second display to your HDMI device, or make your own portable display device.

Turn the Pi plus monitor combination into your own portable computer, small enough to install in a car, or even a custom 3D printed case.

Some display and driver configuration may be needed for operation. This display works with Microsoft Windows versions up to Windows 10, and supports 5 point touch input (with the exception of Windows XP which has single point touch) 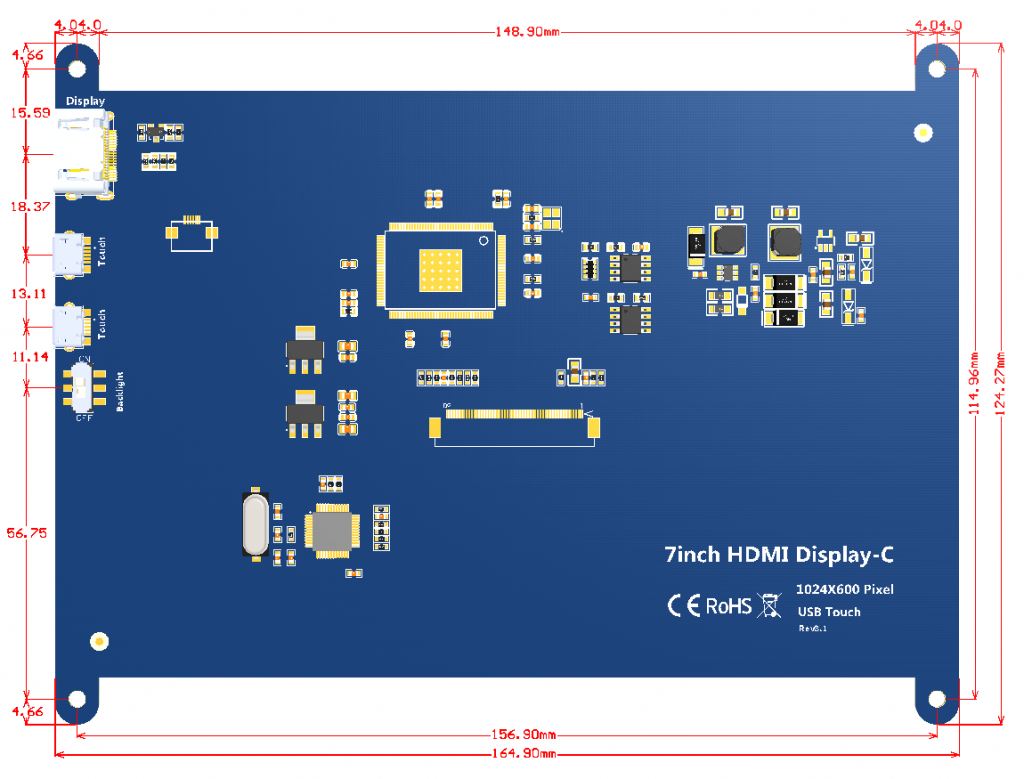 Note: Raspberry Pi is NOT included.